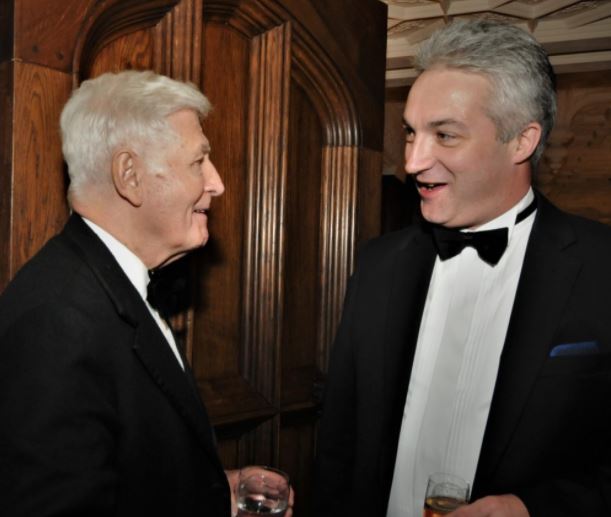 The dinner was held in the historic Crosby Hall, London, on January 16 by Dr Moran as part of Co-operation Ireland’s ongoing commitment to strengthening and deepening British-Irish relationships.

First Minister Arlene Foster praised the work of Co-operation Ireland in her address with Tánaiste Simon Coveney echoing these sentiments in a letter read out to the guests. Minister Coveney was unable to attend due to the ongoing election in the Republic of Ireland.

“I am very sorry not to be able to join you all tonight, but I want to send my very best wishes and warmest regards – especially to Julian, to his government colleagues, and of course to the representatives of parties in Northern Ireland.

“We and our respective teams have worked so closely together in recent months, with the political parties. And it was wonderful to see those efforts coming to fruition and leading to the restoration of the Northern Ireland Assembly and Executive, and the North South Ministerial Council, last weekend. This can bring about a new beginning for Northern Ireland, and for North-South relations.

“This is such an excellent context for Co-operation Ireland to continue its hugely important work on the ground to promote peace and reconciliation. My sincerest thanks to you, Christopher, to Peter and all the people who make the organisation what it is.”