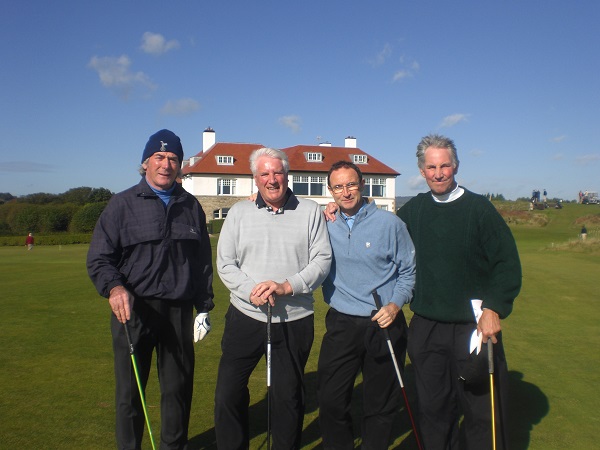 PAT JENNINGS: ‘I support anything that brings people together in whatever way I can.’

He’s an icon of local football and probably the only player ever to play for both Tottenham Hotspur and Arsenal and still be revered by both sets of fans.

And back in Belfast he’s even more of a hero for his long service in goal during some of the province’s most successful years.

Pat Jennings place amongst the footballing greats is secure, but he also deserves recognition for his peacebuilding efforts which have often gone unnoticed.

The Newry man will mark 28 years as a Co-operation Ireland ambassador in 2022, and he says his involvement stemmed from wanting to promote reconciliation at home and never severing his ties from his home town.

“All through the Troubles we never missed holidays back home. As soon as the football season ended we were straight over, even though all the troubled years we wanted to be in Ireland.”

It was another Northern Ireland footballer, Derek Dougan, who first told Pat about Co-operation Ireland.

“Derek Dougan was organising my testimonial at the time and he had been working with Co-operation Ireland so that was when I got involved first. After that Derek and myself started to organise events.

“I hadn’t heard of the charity before that but when I saw what they did I was very keen to get involved.

“We did all sorts of events. There was the Maracycle where we took 1500 cyclists to Dublin and back, then there were vintage car rallies and even swims from Warrenpoint to Omeath – north to south, although I didn’t take part in those!”

Some of the events were hard work he recalls.

“I remember Derek calling me saying he was doing a ‘little walk’ for Co-operation North from Belfast to Dublin and would I join him from Banbridge to Newry. I told him I would, he could do the talking and I’d do the walking. I ended up doing the whole thing – 15 or 20 miles a day. It was some trip!”

2022 will mark Pat’s 28th year of working as an ambassador for Co-operation Ireland and plans are again underway for his annual golf classic at Royal County Down in October.

“We always get fantastic support from all over for the golf. A lot of teams come from England and Scotland.”

Pat says his commitment to building reconciliation has never waned.

“When you look at what Co-operation Ireland is doing with projects like Amazing the Space – getting 5,000 young people into a room together from across Ireland – it’s brilliant. I am glad to help promote this work.

The 2022 Co-operation Ireland Pat Jennings Golf Classic is being held at Royal County Down on Monday 3 October sponsored by ROSTRO Financials.