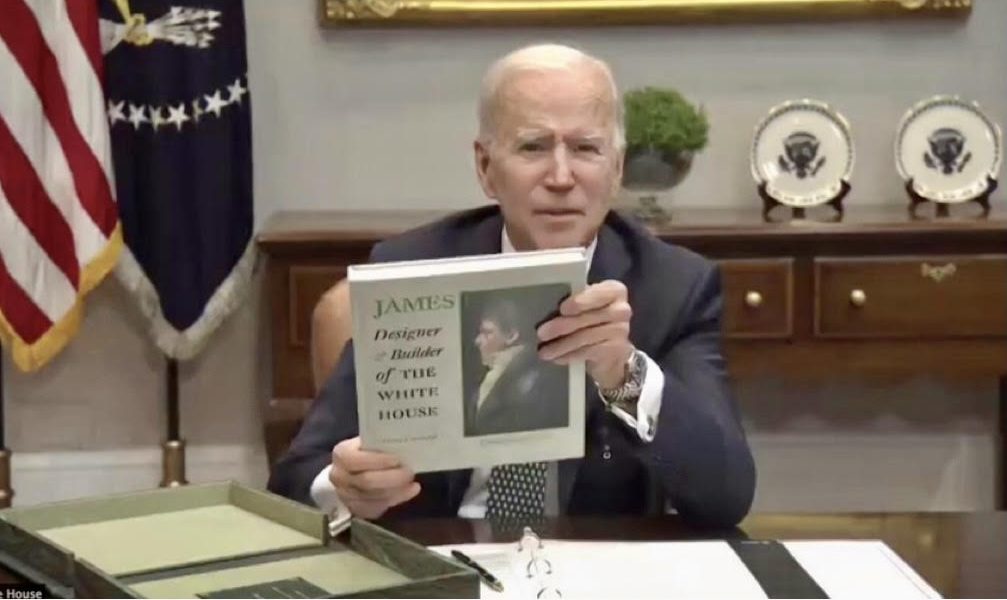 Dr Moran opened his address speaking about the work of Co-operation Ireland, commenting how there is “there is more in history that unites us than divides us”.

Dr. Moran contributed a chapter a new book on the historically notable architect – James Hoban: Designer and Builder of the White House – which describes the design of and influences on the Irish country house, and how Hoban envisaged The White House to follow in the grand country house tradition, which served government and family combined.

As Chairman of Co-operation Ireland, Dr. Moran continues to help to facilitate and enhance the interconnecting relationship between the United States of America, the Republic of Ireland, Great Britain and Northern Ireland.

The White House Historical Association and its President, Stewart D. McLaurin, published the book which has already been delivered to President Joe Biden. The launch can be watched here: