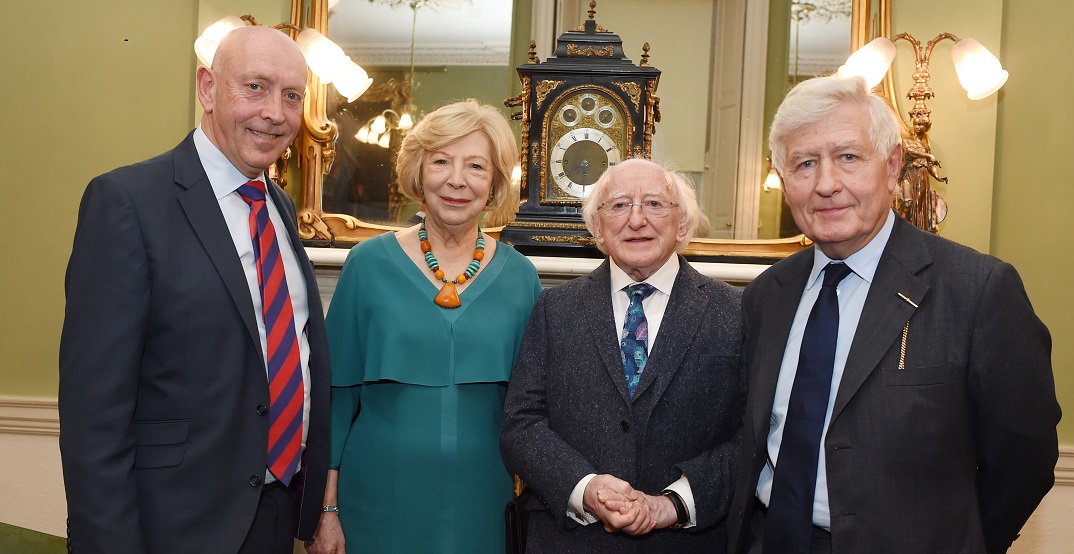 Home • Patrons and Board

President of Ireland Michael D. Higgins as joint patron has praised the work of Co-operation Ireland and spoke of the charity’s importance through the Brexit upheaval.

“Throughout the Brexit talks the core aim of the Government – an aim that I share – has been to preserve the provisions and principles of the Good Friday Agreement. This has not been an easy or straightforward task given the complexity of the Brexit negotiations, but it is one that I believe the majority of our people, North and South, whatever their political tradition or affiliation, share and support.

“Yet, irrespective of the final wording of the Withdrawal Agreement, or the consequences of the diplomatic manoeuvring now underway, it will be more essential than ever to work to maintain the deep friendships which have been developed on our island since the Peace Process began. The great work towards peace and reconciliation undertaken by Co-operation Ireland, by the Irish and British Government, and by people of goodwill across our island, will and must continue.”