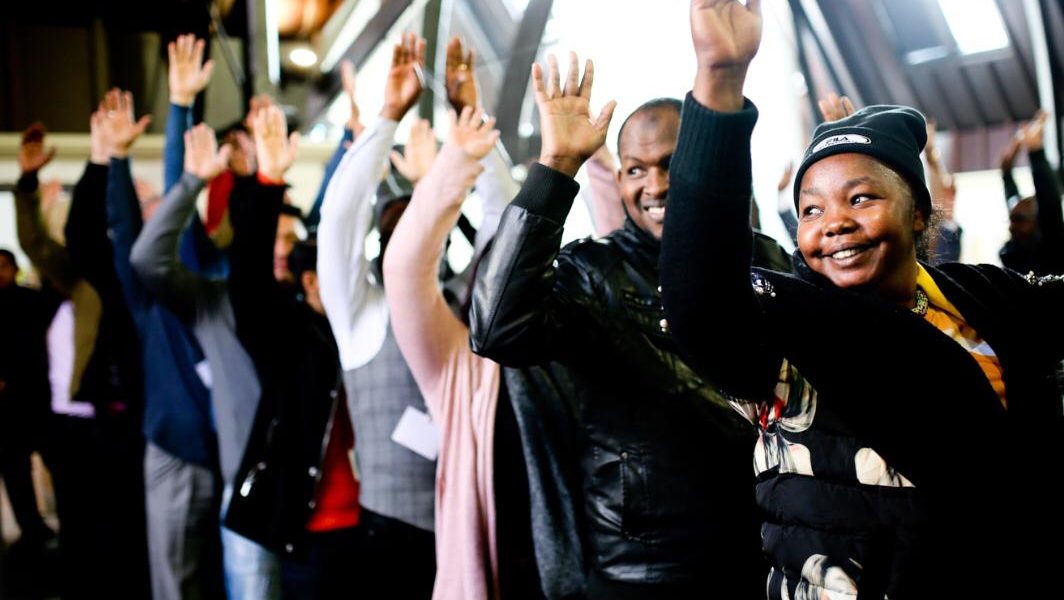 Faith leaders battling the influence of Boko Haram in Nigeria and politicians from Africa, the Middle East and United States visted Belfast in February 2020 for a peace conference organised by Co-operation Ireland in partnership with the Global Peace Foundation

The event took place at the Duncairn Centre for Culture and Arts in north Belfast and the Skainos Centre in east Belfast. The final of three days finished in Belfast City Hall on Friday where the delegates will met Lord Mayor Daniel Baker.

The international delegation was in Belfast to learn more about our steps to peace and take home what they feel will be of use in their own countries.

Among the delegates were Reverend Joseph Hayab and Sheik Abdulahi Maraya – Christian and Muslim faith leaders known as the ‘Kaduna Twins’ who negotiated a ceasefire between opposing forces in their home state of Kaduna in Nigeria.

Terror group Boko Haram had been attempting to spread their influence which was destabilising the region.

Reverend Hayab and Sheik Maraya contacted Co-operation Ireland through the Global Peace Foundation for help in developing a peace process from what they have already achieved.

The conference was been organised under Co-operation Ireland’s international programme which has developed a sustainable model that has been used around the world to build peace.

The model has been applied in Jersey City, New Jersey to improve relations between African American and Latino communities. A report compiled by Rutgers University described the programme as having “many strengths with few limitations”.

The same model was used in the Philippines to help develop peace accord that brought fighting between Islamic separatists on the island of Moro and the government to an end.

Speaking about this international work, Co-operation Ireland’s Chief Executive Peter Sheridan said; “Over the last 20 years we have picked up experience that can be of help to peacebuilders around the world.

“We have been able to build a model that is easily exported and we have seen our successes replicated in the Philippines, the United States and Africa.

“This conference shows that there is a great deal of interest in what we have achieved in Northern Ireland and we are delighted to be able to help.”