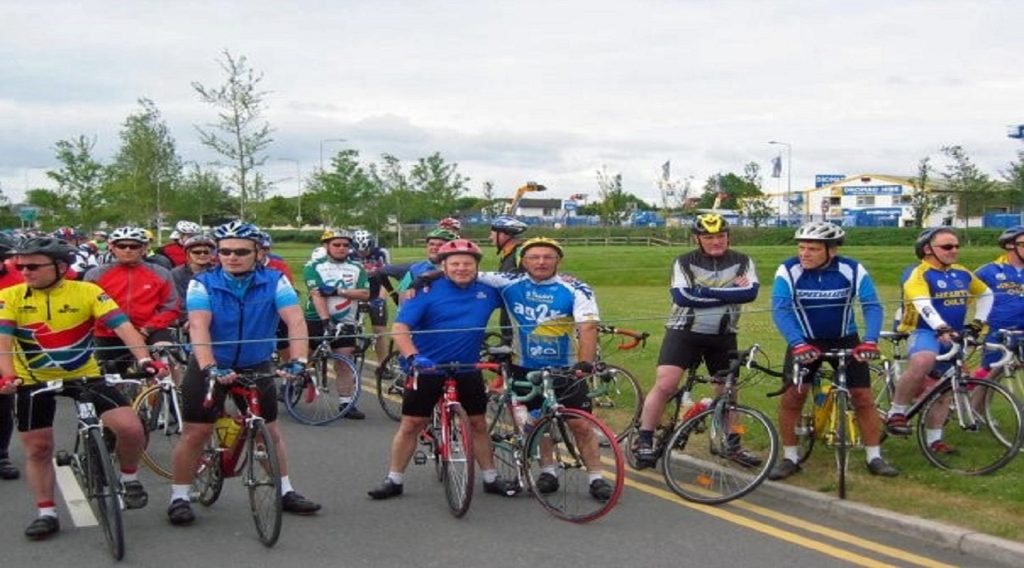 I did three Maracycles in the 90’s and loved the whole experience but it is an event in 2008 that I recall most fondly.

It was called Into the East and organised by Co-operation Ireland. We cycled a 100-mile route from Dundalk to Camlough, then on to Poyntspass and Rathfriland where we had a pitstop in the community centre.

After a wee push up the hill we got going again for Hilltown, Rostrevor and Newry. Then it was down the other side of Carlingford Lough to Omeath and Carlingford where we had our final break. The last push back to Dundalk was bread and butter to us local cyclists but it was good to near the end of the epic 100 miles.

I say epic, because for 80 per cent of this spin I had no idea where I was. Newry and Crossmaglen were as far North as I had been up until then. Camlough, Rathfriland etc were Terra Incognita to me. Worse than that, I am from Galway and when I got a job in Dundalk my friends wanted to know if you had to change your money to go up there. So, the whole North of Ireland was a mystery wrapped inside an enigma, inside a riddle to me. But ‘Into the East’ aroused my curiosity about Armagh and Down.

Trying to recall this epic route I tried to think about where I had been. Getting to Camlough was relatively straightforward, by the side of Slieve Gullion and down Sturgan Brae, and only 30k from Dundalk. But where to next? I remembered crossing a main road with the help of the RUC and struggling on a very steep hill. With the help of google maps I now know this was the Armagh Road and the hill was at Lissumon. And the road after is called Tyrone’s Ditches (after Hugh O’Neill, Earl of Tyrone) and brings you nicely to Poyntzpass.

From there to Rathfriland is a blur because I was completely in the zone, easy cycling with lots of friends and kindred spirits. I don’t know if we went through Scarva or went more directly to Rathfriland. Just when the hill was about to kill me going into Rathfriland we took a turn right for the community centre and lunch stop.

After lunch I needed a push from an RUC man up the hill and I got a wee, sardonic cheer from some old fellas sitting around the war memorial. It was an easy cycle downhill to Hilltown and straight on through a gap in the Mournes to Rostrevor.

There came a rise (Irish idiom) where Carlingford Lough loomed into view and even though I am a Galwayman I became aware of home. We came down into Rostrevor at some speed because the road lends itself to that and just braked in time to acknowledge a funeral. Greenbank in a very busy Newry was a rest stop. Then it was back into the stream of traffic and saw a few motorists letting down their windows – “Where have you come from? Yous’re fantastic, well done”. Wow! I didn’t expect that. The magnitude of our achievement gradually began to dawn on me.

The other side of the Lough was our usual stomping ground so it was just a matter of getting into autopilot with one stop in Carlingford where everyone was taking pictures. 20 miles to go to the end of one of the loveliest cycles I’ve ever done, on an amazing route, which has everything.

In the 12 years since 2008 I’ve cycled all over Armagh and Down and brought groups with me up the Newry Towpath and on to Oxford Island, on the ferry to Greencastle and up to Spelga Dam, to Markethill, Armagh City etc. What was once a journey into the Unknown has given way to an in depth knowledge of and a great fondness for Armagh and Down.

Pat is a Galwayman who came to Dundalk in 1979 to teach History and Geography in O’Fiaich College. With a background in rugby  in 1996 he decided to do the Maracycle and hasn’t got off his bike since!

“I retired from teaching in 2012 and by great good fortune the Cuchulainn Cycling Club asked me if I would take a casual group for spins on Saturday mornings. Only one condition – the coffee stop was de rigeur.

“My knowledge of the Border area has improved immensely and I have taken groups for MourneCooleyGullion (https://www.ringofgullion.org/projects/mourne-cooley-gullion-geotourism-project/) around the Ring of Gullion and special Giro d’Italia cycles to coincide with the event in 2014. I also appeared on the Rowan Hand show (Newry TV) to promote the Ring of Gullion. In short I found my vocation when I retired.

“I now find myself, at 67, cycling in rings around my home village of Blackrock, outside Dundalk. Health really is everything and I wish everyone at Cooperation Ireland good health and safety in these awful times.”