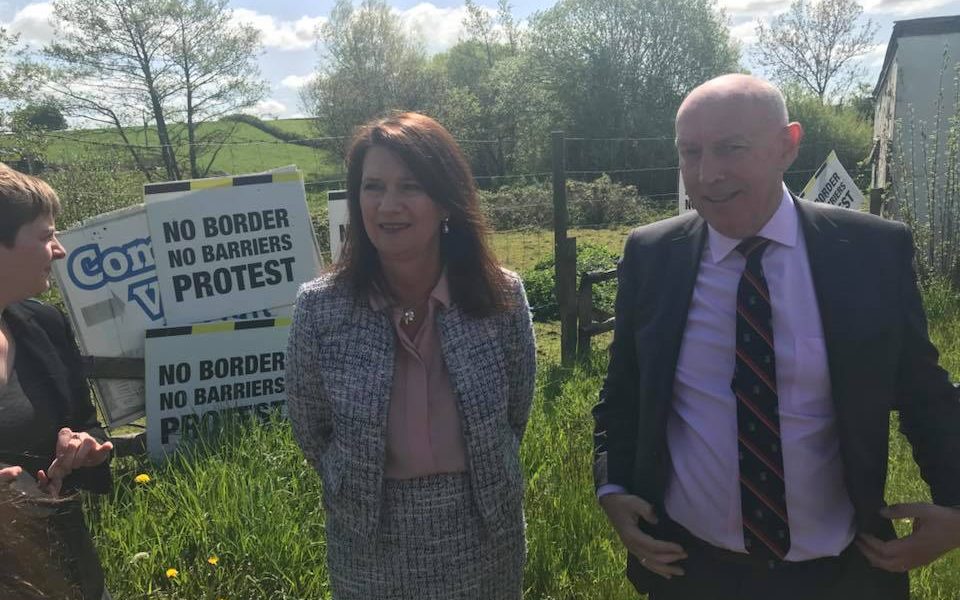 Swedish Minister for EU Affairs and Trade, Ann Linde, visited the Irish border on Wednesday (May 16) on a fact finding mission that saw her engage with politicians in Belfast and Dublin.

As part of her visit Co-operation Ireland CEO Peter Sheridan showed Minister Linde the border area around Middletown, County Armagh, where he discussed some of the issues facing businesses and residents ahead of UK withdrawal from the EU.

“We in Co-operation Ireland are passionate about strengthening ties between Northern Ireland, the Republic of Ireland, the United Kingdom and the European Union and we were happy to facilitate Minister Linde’s visit which I hope she found informative.”

Ahead of her trip, she told the Swedish press that she wanted to work towards a solution without a hard border.

“I wish above anything that we get a concrete proposal. What I hope to see is that there will not be a hard border because then you would not honour the Good Friday Agreement.”